The Story Of Tempest Counseling

If you’re struggling, we can help. Get quality online counseling backed by evidence-based treatments for depression, anxiety, PTSD, and religious trauma.

A tempest is an unrelenting storm, raging over the open sea. It is an example of the sheer power of nature once the shackles are taken off, when it is given the ocean currents to fuel its strength, and when there are no longer any bounds to keep it contained. It is nature’s parable about what we can become when we finally release our bonds.

It was 2017, and I sat across from a young lady recovering from sexual assault. We had reached the point in treatment where she was comfortable relating her trauma narrative, but moments after she began to discuss the assault, she paused. Looking down at the floor, she whispered, “It was my fault.”

As we explored this thought, it became obvious that she had a long religious history where she learned that women were to maintain “modesty” so as not to “cause men to lust.” At some level, she had accepted that the sexual behavior of men was her responsibility. She then applied this to her trauma. She blamed herself.

It wasn’t the first time I worked with clients holding problematic beliefs. Earlier that day, I sat with a client whose wife had been diagnosed with terminal cancer. He had been raised to believe that when things were bad, it was because God was punishing you. He also blamed himself.

Since that time, I have sat across from countless clients who have battled with toxic beliefs on the road to healing. Then, I found myself sitting with a friend who asked, “Do you know any other therapists who treat religious trauma? I have looked everywhere. There just aren’t enough people treating it.”

Our Approach To Treatment

At the heart of Tempest Counseling is a deep, resounding passion for helping those who have been injured by toxic belief. While this is most evident among those going through a period of deconstruction, it is not limited to those who have left their faith. Like the woman discussed at the beginning, for some people it is about how particular beliefs create “stuck points” that prevent healing. At Tempest, we help clients overcome that.

Part of the mission of Tempest Counseling is to engage the science of the profession. Rather than implementing a faith-based approach to counseling, treatments are rooted in tested, evidence-based methodologies. These incorporate an intentional combination of three approaches.

In fact, this is one of the most heavily researched areas in the field. The findings are consistent: the single greatest determiner of therapeutic success is a strongly developed therapeutic relationship.

While a person-centered approach establishes the foundation, a mindfulness-based approach develops the skills. At the surface, mindfulness assists in remaining grounded in the moment and increasing calm. At a deeper level, mindfulness establishes a series of foundational coping strategies for deescalating anxiety and panic, improving positive reflection, and cultivating emotional regulation. It also helps with impulse control and managing triggers. Developing a “toolkit” for emotional management helps set the stage for navigating some of the deeper work that can potentially trigger difficult emotions.

Originally developed by Dr. Aaron Beck to treat depression, CBT has been so effective in treatment that it has since expanded to cover a variety of diagnoses. There are CBT protocols specific to suicide prevention, anxiety and panic, combat-related PTSD, traumatic grief, and sexual trauma. Where person-centered counseling sets the stage and mindfulness training develops the skills, CBT does the lasting work. At the core of CBT is identifying and challenging what we call “negative core beliefs.” These are the toxic beliefs about our world and ourselves that we hold to be true.

Because CBT targets distorted thinking and negative core beliefs, it is uniquely positioned to engage the “stuck points” that prevent healing.

As a new client, you can expect to progressively work through a collaboration of these three evidence-based styles, tailored to your unique personality and needs, in coordination with the most up to date understanding of current research and treatment methods.

Tempest offers sessions online, so you can schedule sessions on your own time over your phone or computer. Request a free phone consultation to get started today.

Do you work with insurance?

What are session fees?

For out of network clients, session fees are $125 per session. For clients facing financial difficulty, ask about our sliding scale.

Do you offer a consultation?

Yes! I offer a free phone consultation to answer any questions you may have. Request yours today.

How are sessions provided?

Sessions are provided over HIPAA-compliant video conferencing in the comfort and privacy of your own home.

What ages do you work with?

We work with adolescents and adults, starting at the age of 16. 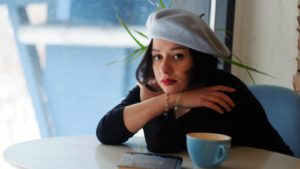 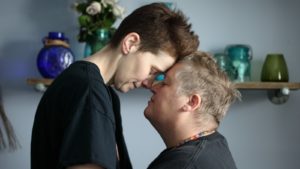